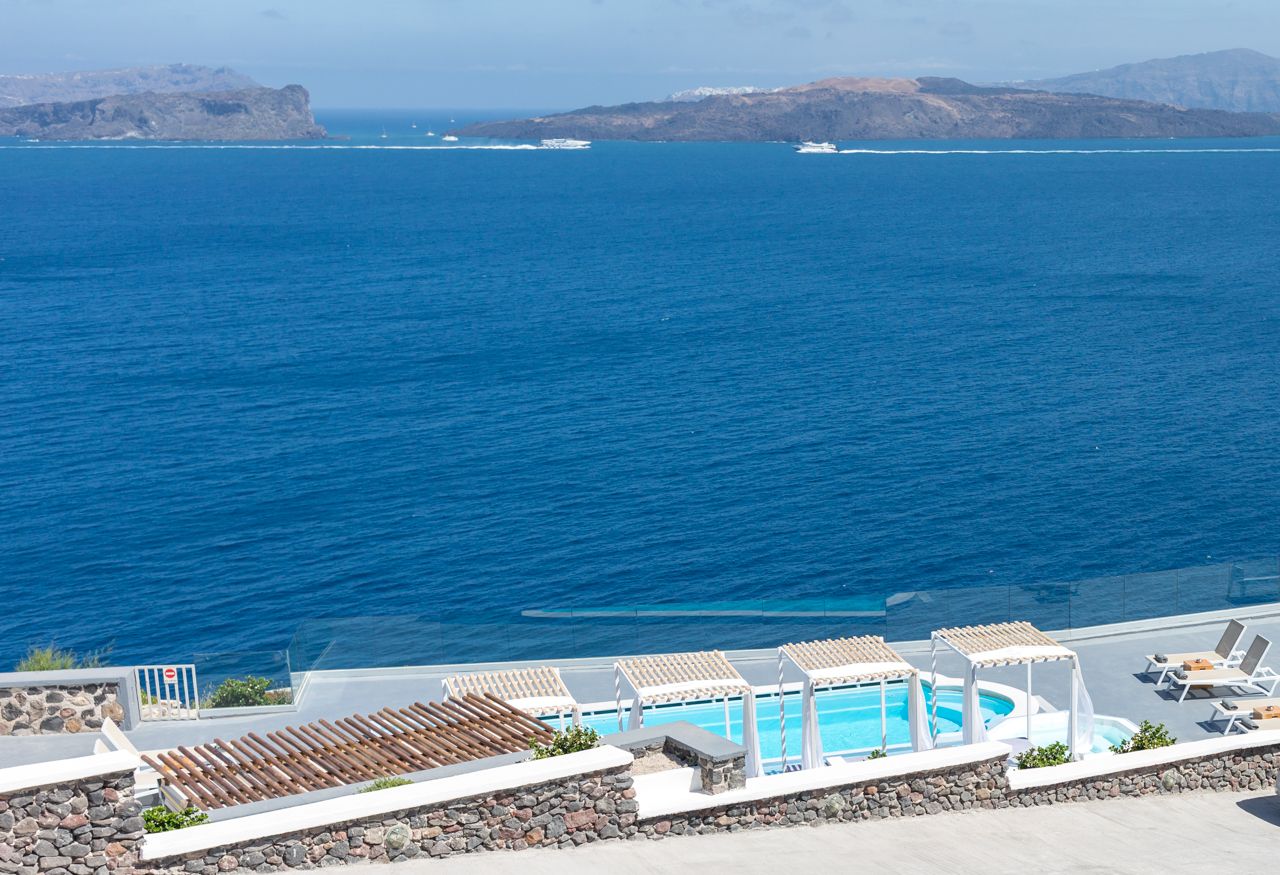 Goulielmos Hotel is situated in a magnificent location, in Akrotiri of Santorini, famous for the homonym archaeological site. The current settlement surrounds the castle walls, which is preserved in perfect condition. Even today, are saved frescoes telling a lot about the life of that time.

According to the findings, an important civilization flourished in this region around 3000 BC. The volcano eruption ruined it in 1500 BC. This eruption influenced the whole Aegean region. The west part of the island was immersed then giving the island its current shape.

The legends of this historical catastrophe might have inspired Platon to write the myth of Atlantis. Professor Spyros Marinatos started excavating Akrotiri for the first time in 1967. Even today, 30 years later, the excavations continue with undiminished interest.

A few steps from Akrotiri is the famous Red Beach, a unique phenomenon. The red rocks immerse into the sandy beach and the crystal clear waters creating a magnificent landscape.

La Ponta, a 13th century tower, is located within the Venetian castle (Kasteli) of Akrotiri, 1km above the pre-historic archaeological site of Akrotiri, Santorini. The tower hosts a tsabouna – Greek folk wind instrument of the bagpipe family – exhibition and workshop along with traditional Greek percussion and flutes. In our workshop we construct the tsabouna, various traditional and ancient Greek flutes and the Cycladic percussion doubaki. Musical instruments are available for purchase at La Ponta. 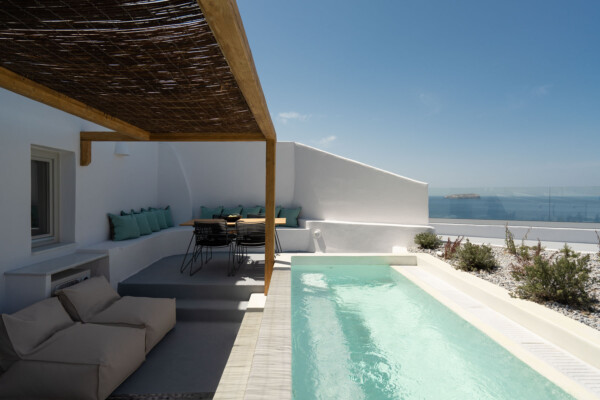 Additional discount applies when booking is made via a mobile device!